Implantcast North America provides high-quality, dynamic technologies to the orthopedic surgeon and patients. We excel at salvaging limbs for tumor and infection cases, reducing the need for future medical intervention.

Implantcast GmbH is one of the specialists in its sector with regard to development, design, and production of replacement joints. Its core competence lies in the manufacture of endoprotheses as functional joint replacements, specialist implants and customized products. Constant investments in the location, highest quality ”Made in Germany”, qualified employees and its specialized services are the fundamental pillars of company success.

Due to cooperation with leading European hospitals, the successful MUTARS® system – the most frequently used tumor system in Europe – has also been constantly improved.

Implantcast North America is a distribution and service partner of world-wide well-known orthopedic solutions company Implantcast GmbH, headquartered near Hamburg, Germany. Implantcast has extensive experience in the orthopedic tumor and revision space, having first developed and implanted the BSTR tumor system in 1989. Jens Saẞ, CEO and Managing Director, took over leadership in 1996 and has grown sales to approach $100M and expanded implantcast products into over 65 countries around the world.

Implantcast North America was founded by President and CEO Andy Hewes in 2013. Andy, a successful medical device distributor for nearly 20 years, saw a significant opportunity to bring the unique tumor and infection revision technologies to the US. The need continues to increase as healthcare faces greater pressures to reduce infections, not only for the betterment of patients, but also to curb the massive costs associated with infected prosthesis patients or amputations. Implantcast North America headquarters is Andy’s home-town: Dallas, TX.

Implantcast GmbH was established in Buxtehude, Germany (near Hamburg) in 1988. In addition to developing and selling its first tumor system (BSTR) the following year, implantcast also developed dental alloys and became experts in implant production methods such as casting.

The first MUTARS (Modular Universal Tumor and Revision System) prosthesis, the proximal femur, was implanted in 1992. Its modular design was developed in co-operation with Univ.-Prof. Dr. W. Winkelmann (em. Director) and Univ.-Prof. Dr. G. Gosheger (Director), from the Department of General Orthopaedics and Orthopaedic Oncology at the University Hospital of Münster, Germany.

In 1996, Jens Saẞ became the Managing Director of implantcast GmbH and shortly thereafter began a new phase of development and production. Along with extending the tumor and revision product portfolios, he focused on expanding distribution partnerships outside of Germany.

By 2002, implantcast, in addition to MUTARS, had successful released multiple primary and revision hip systems, the LUMiC partial pelvic replacement, knee implants, and an elbow replacement. Work was in process on a novel silver coating technology.

Implantcast received an award from the University of Münster for the cooperation between implantcast and the university in the “Development of Antibacterial Silver Coating” in 2004.

By 2006, 4,000 MUTARS had been implanted. Full primary through tumor hip, knee, and shoulder portfolios were available and major distribution expansion efforts were underway.

Implantcast underwent major facility expansion in 2011 to accommodate increasing production demand. Products were sold in over 50 countries at this time.

Implantcast North America, based in Dallas, TX, took root in 2013.

2016: The MUTARS system has been extensively expanded and improved as technological advancements are made, and is now a brand known world-wide, with over 15,000 procedures completed, over 5,000 of which are silver coated. Implantcast employs more than 450 employees and has established over 65 distribution partners in the world.

In an effort to strive for continuous improvement, implantcast has launched more than 45 new products since 2001, the latest being EPORE (additive manufacturing technology) and MUTARS MK. 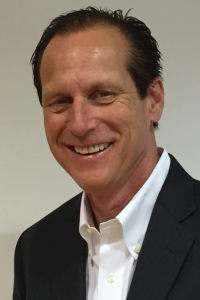